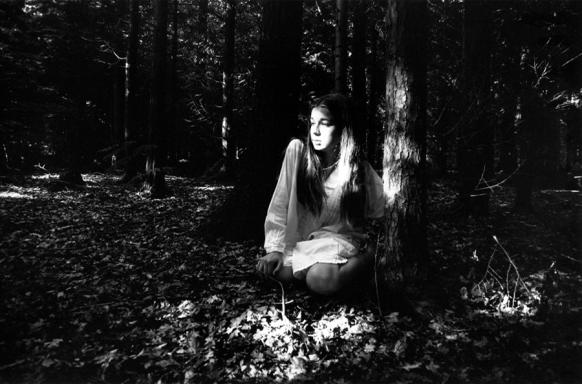 ‘Forest Fears’ comprises of two separate ‘volumes’ that communicates the emotions generated from the fear, pain and recovery experienced by the artist from a kidney operation, captured through the metaphorical and cultural symbolism of nature and fairy stories.

Volume II 'In the Wood', is reminiscent of fairy tales such as 'Little Red Riding Hood’, depicting a vulnerable pre-adolescent girl lost in the woods. Based on a dream the artist had whilst in hospital, this volume traces a spiritual journey of being alone and lost in a dark, foreboding forest, but eventually finding her way out in order to rediscover her own life. The metaphysical presence inscribed within the unfolding narrative is heightened by the large scale of the works, which allows for immersion to take place.