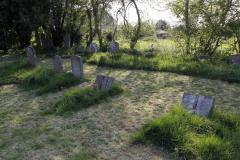 I'm currently working on my next project, entitled ‘Wellow’. My Grandfather attended his local baptist chapel on the Isle of Wight every Sunday after his Mother died but it’s been closed since September 2017 and is currently in disrepair and awaiting its fate from a revised planning application. My Mother still has her plot saved next to her parent's but the future of the site is still uncertain.

I aim to consider this through my mother’s own mortality as she waits for an imminent hip operation as well as my growing awareness of the quickening pace of time as I get older. The project will comprise of both photographs and experimental video, drawing upon material objects, the family album, my Mother's recorded memories and my own vocal reflections to build a fragmented narrative that dwells on place, ancestry, ritual and religion. 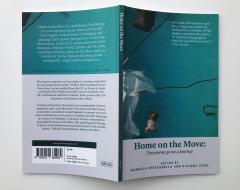 Parthian Books have launched ‘Home on the Move’, an anthology of poems that interrogates ideas of home, belonging and language through translation on 1st October 2019. The book is a culmination of the multilingual touring project 'Talking Transformations: Home on the Move' (2017-2019) and is edited by curators Manuela Perteghella and Ricarda Vidal.

This volume includes the various translations of the two poems by Deryn Rees-Jones and Rafal Gawin as they travelled between the UK, France and Spain and via Romania, Poland and the UK to signify the popular emigration and immigration routes, as well as poetry inspired by workshops and by the eight artist films commissioned for the project.

I produced ‘Syncopation’, informed by the poem 'Home: A Structure on Trial' by Gawin, which became an autobiographical film about my partner's experience of heart failure after he was discharged from hospital and was recovering at home. Postgraduate translation students from the University of Leicester wrote the poem, 'To you it looks like red brick walls' in response to my film, creating a new written interpretation with a revised vision of home.

I have had an article published in Vol.20, issue 2 of the Journal of Media Practice and Education, entitled 'The ‘Waste Land’ project: framing practice-based research through literary adaptation'.

This article examines how T. S Eliot’s poem, 'The Waste Land' (1922) was chosen as an explorative text to acquire an understanding of my interpretation methods for my practice-based PhD. I consider the way in which my early video experiments were informed by film adaptation theory and the contextual framework of European avant-garde films, testing out different modes of adaptation in order to reflect upon my process.

The article is available online through institutional log ins, such as OpenAthens or Shibboleth. Please get in touch if you would like to read it, as I have a limited number of free download links available.